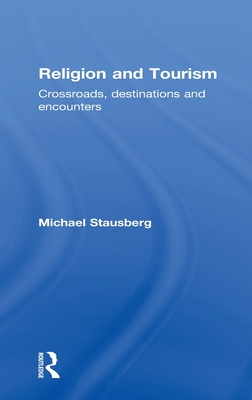 This book explores the dynamic interaction between religion and tourism in the modern world. It considers questions such as:

do travellers leave their religion at home when they are touring - and what happens if not? what are the relationships between tourism and pilgrimage? what happens to religious performances, places and festivals that function as tourism attractions?

Other chapters examine religious theme parks, wellness and spa tourism, the roles played by tourist guides, guidebooks and religious souvenirs, and the role of tourism as a major arena of religious encounters in the contemporary world. Surveying the growing body of work in the field, Michael Stausberg argues that tourism should be a major focus of research within religious studies.

Michael Stausberg is Professor of Religion at the University of Bergen, Norway. He is the European editor of the journal Religion, and his recent publications include (as editor) Contemporary Theories of Religion (also published by Routledge).