The Impacts of Automotive Plant Closure: A Tale of Two Cities (Regions and Cities) (Paperback) 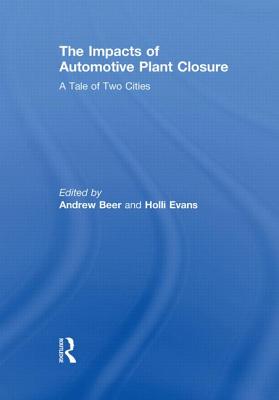 The Impacts of Automotive Plant Closure: A Tale of Two Cities (Regions and Cities) (Paperback)

Economic restructuring has been a notable feature of so-called mature industrial economies such as the UK and Australia in the last two decades, with deregulation, privatisation, technological change and globalisation combining to reshape such economies. Some industries have grown, while others have declined. Moreover, while overall employment in the UK and Australia has grown, many newly-created positions require skills not found in the industries shedding labour, or are in casualised and low paid occupations. Many lesser-skilled workers leaving declining industries are therefore at risk of long-term unemployment or leaving the workforce entirely. Both mental and physical health can be affected after redundancy. It is therefore crucial that the measures put in place in many domains of social policy (such as formal health policy, employment assistance, community development, housing assistance and so on) to adequately address the difficulties confronting this group. This volume takes a closer look at the impact of manufacturing - notably automotive - plant closures in the UK (Birmingham) and Australia (Adelaide) in recent years and policy responses to those closures. It attempts to tease out differences in policy response and effectiveness, and attempts to identify areas where policy could be made to work better in terms of adjusting to large scale manufacturing change and resulting job losses. In so doing, it begins, for the first time we believe, to take a comparative approach to understanding the impact of plant closures and policy responses.

This book was published as a special issue of Policy Studies.