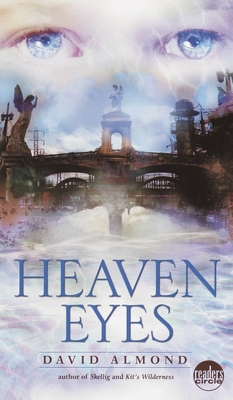 
This title is likely unavailable. Email or call for price and availability.
Erin Law and her friends are Damaged Children. At least that is the label given to them by Maureen, the woman who runs the orphanage that they live in. Damaged, Beyond Repair because they have no parents to take care of them. But Erin knows that if they care for each other they can put up with the psychologists, the social workers, the therapists -- at least most of the time. Sometimes there is nothing left but to run away, to run for freedom. And that is what Erin and two friends do, run away one night downriver on a raft. What they find on their journey is stranger than you can imagine, maybe, and you might not think it's true. But Erin will tell you it is all true. And the proof is a girl named Heaven Eyes, who sees through all the darkness in the world to the joy that lies beneath.
David Almond grew up in a large family in northeastern England and says, “The place and the people have given me many of my stories.” His first novel for children, Skellig, was a Michael L. Printz Honor Book and an ALA-ALSC Notable Children’s Book and appeared on many Best Book of the Year lists. He wrote My Name Is Mina, the prequel to Skellig. His novel Kit’s Wilderness won the Michael L. Printz Award for Excellence in Young Adult Literature. David Almond is a recipient of the prestigious Hans Christian Andersen Award. He lives in England. Visit him online at davidalmond.com and on Facebook and follow him @davidjalmond on Twitter.
"Almond's fans will willingly follow him on yet another journey into a surreal, murkey world that may be dream or reality." - Kirkus Reviews