December Secrets (The Kids of the Polk Street School #4) (Paperback) 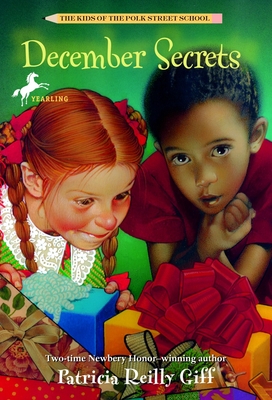 December Secrets (The Kids of the Polk Street School #4) (Paperback)


Available in Warehouse. Wait for Email Confirmation for ETA
Emily is stuck with crybaby Jill Simon as her "secret Pal" to be kind to for the whole month of December.
Patricia Reilly Giff has recieved the Newbery Honor for Pictures of Hollis Woods and Lily’s Crossing, which is also a Boston Globe–Horn Book Honor Book. Nory Ryan’s Song was named an ALA Best Book for Young Adults and an ALA Notable Book.

Blanche Sims is a children’s book illustrator, born in Cleveland, Ohio. She has illustrated dozens of books, as well as the television film Beyond the Butterfly, which won a Parents’ Choice Foundation commendation for television in 2000.
"Accessible to second-and-third-grade readers, this short chapter book will also make a delightful holiday read-aloud."--School Library Journal.