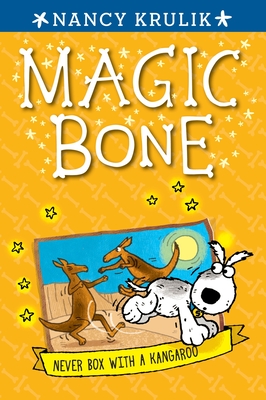 This is book number 11 in the Magic Bone series.

Sparky goes down under!

When Sparky chomps on his magic bone, this time it kabooms him to Kangaroo Island, Australia! There he discovers a fox terrier puppy named Mick who's lost his family. But Sparky has a plan--he'll help Mick find a new family! They ask everyone they come across: bats, penguins, kangaroos, even bees! But will anyone give Mick a home?
Nancy Krulik has written over one hundred books for children and young adults, including two New York Times Best Sellers. Her very first story (in first grade) was about how she wanted to be Mary Poppins because she wanted to dance in the park with Bert and the penguins. Follow Nancy on Twitter at @Nancykrulik

Sebastien Braun studied fine and applied arts at Strasbourg University. He began his career teaching art, but when he moved to London in 2000, he started to illustrate children's books and has been working on picture books ever since.