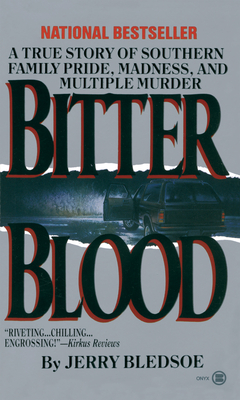 The first bodies found were those of a feisty millionaire widow and her beautiful daughter in their posh Louisville, Kentucky, home. Months later, another wealthy widow and her prominent son and daughter-in-law were found savagely slain in Winston-Salem, North Carolina. Mystified police first suspected a professional in the bizarre gangland-style killings that shattered the quiet tranquility of two well-to-do southern communities. But soon a suspicion grew that turned their focus to family.

The Sharps. The Newsoms. The Lynches. The only link between the three families was a beautiful and aristocratic young mother named Susie Sharp Newsom Lynch. Could this former child "princess" and fraternity sweetheart have committed such barbarous crimes? And what about her gun-loving first cousin and lover, Fritz Klenner, son of a nationally renowned doctor?
Jerry Bledsoe was born in Danville, Virginia, in 1941, and grew up in Thomasville, North Carolina. After 3 years in the army he became a newspaper reporter, and for more than 20 years he was a feature columnist in Greensboro and Charlotte. He was a contributing editor to Esquire when he began writing books. His seventh book, Bitter Blood, became a #1 New York Times bestseller and was made into a CBS miniseries. He and his wife, Linda, live near Asheboro, North Carolina.