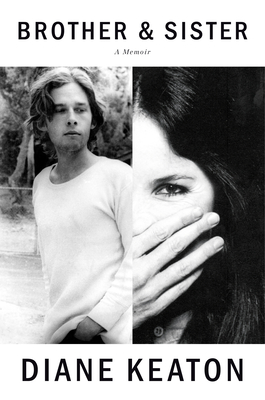 From the beloved film star and best-selling author of Then Again--a heartfelt memoir about Diane Keaton's relationship with her younger brother, and a poignant exploration of the divergent paths siblings' lives can take.

When they were children in the suburbs of Los Angeles in the 1950s, Diane Keaton and her younger brother, Randy, were best friends and companions: they shared stories at night in their bunk beds; they swam, laughed, dressed up for Halloween. Their mother captured their American-dream childhoods in her diaries, and on camera. But as they grew up, Randy became troubled, then reclusive. By the time he reached adulthood, he was divorced, an alcoholic, a man who couldn't hold on to full-time work--his life a world away from his sister's, and from the rest of their family.

Now Diane is delving into the nuances of their shared, and separate, pasts to confront the difficult question of why and how Randy ended up living his life on "the other side of normal." In beautiful and fearless prose that's intertwined with photographs, journal entries, letters, and poetry--many of them Randy's own writing and art--this insightful memoir contemplates the inner workings of a family, the ties that hold it together, and the special bond between siblings even when they are pulled far apart. Here is a story about love and responsibility: about how, when we choose to reach out to the people we feel closest to--in moments of difficulty and loss--surprising things can happen. A story with universal echoes, Brother & Sister speaks across generations to families whose lives have been touched by the fragility and "otherness" of loved ones--and to brothers and sisters everywhere.

DIANE KEATON has starred in some of the most memorable films of the past forty years, including the Godfather trilogy, Annie Hall, Manhattan, Reds, Baby Boom, The First Wives Club, and Something's Gotta Give. Her many awards include the Golden Globe and the Academy Award. She is the author of the New York Times best-selling memoir Then Again and the essay collection Let's Just Say It Wasn't Pretty. Keaton lives with her daughter and son in Los Angeles.

“[A] brave memoir . . . Keaton takes a long, hard look at her relationship with her younger brother, Randy, whose descent into mental illness parallels her climb to the stratosphere of stardom.”
—Elisabeth Egan, The New York Times Book Review

“[A] poignant story about two siblings, Brother & Sister is a fascinating exercise in writing a personal and methodical tale about someone who has come to feel, in some sense, like a stranger . . . Searching and rueful in tone, [it] departs from many celebrity memoirs in its focus.”
—Hannah Giorgis, The Atlantic

“With prose as quirky and affecting as her on-screen personas, Diane Keaton’s third memoir is the most wrenching yet as she tries to understand how her beloved younger brother Randy became a troubled recluse who lives ‘on the other side of normal.’”
—O Magazine

“Candid . . . A raw, often difficult read—Keaton doesn’t shy from sharing just how troubled a life [her brother] Randy led. She turns to her mother’s family archive, as well as Randy’s own extensive writings to try to make sense of her brother. In clean, piercing prose, Keaton examines midcentury American family dynamics and gender roles; she’s also honest about her own ambitions and how convenient it was to allow them to put distance between her and her family’s problems. ‘I want to have another chance at being a better sister,’ Keaton writes in the book’s final pages, and she’s embracing what time she and Randy have left to do just that.”
—Barbara VanDenburgh, USA Today

“A powerful account of one family’s struggle with mental illness.”
—The New Yorker

“A deeply personal portrait of Diane Keaton’s family; also a beautiful look at the bonds and barriers of siblinghood.”
—Katie Yee, Lit Hub

“Fascinating . . . Brother & Sister is tough-minded, unvarnished and, finally, affecting in the extreme. Keaton had won fame and glory as a movie star even as her [younger] brother was struggling to find his footing—a fact not lost on her. Randy led a troubled life, including a failed marriage, a taste for alcohol and frustrated artistic ambitions. Despite their intermittent interactions, Keaton still holds sympathy for Randy, with whom she has come to have more contact as his health struggles mount. Fitting for a performer who tries to bring to life the lives of others, Keaton continually tries to grasp what makes her brother tick.”
—Peter Tonguette, Columbus Dispatch

“Keaton intimately describes loving and living with a troubled sibling, tracing her childhood with her brother Randy. Illustrating years they spent both together and apart, she showcases the difficulties of loving someone you can never fully understand.”
—Annabel Gutterman, Time

“Immersive and haunting . . . Keaton eloquently and unflinchingly examines her younger brother’s life, drawing from excerpts of his poetry and her mother’s journals and letters . . . A cohesive, honest look at an entire family impacted by a troubled individual, as well as how Keaton maintained a bond with her sibling despite tremendous challenges. A must for Keaton’s fans and for those seeking to comprehend the nuances of sibling and family relationships.”
—Library Journal

“A resonant family memoir—a slim but weighty book. Keaton focuses on her complex relationship with her younger brother, whose escalating instability—vividly described—affected Keaton, her parents, and her two sisters. The author, who became the ‘family documentarian’ after her mother’s death, utilizes family letters and journals to enhance the narrative . . . Keaton talks about the complexities of loving a brother she never quite knew; of watching him become consumed by alcohol and then ‘falling into the process of dying’; and of wishing she had done more to help him . . . A haunting meditation on mortality, sibling love, mental illness, and regret.”
—Publishers Weekly

“Poignant . . an addition to Keaton’s two previous works of memoir [in which] she strives to understand her troubled younger brother, Randy Hall. She recalls the pair at 5 and 3, sharing a bedroom; in the second part of the book she depicts the siblings sitting quietly, as Keaton holds her ailing brother’s hand. In between these moments of intimacy, Keaton admits to long periods of estrangement from Randy, who ‘took failure and wore it the way Hester Prynne wore her scarlet letter,’ spending an isolated life writing, collaging, drinking, and existing by grace of the support—financial and otherwise—of his parents and sisters . . . Keaton thoughtfully wrestles with her conscience while attempting to assemble a clearer picture of her brother's nature. She sheds her whimsical persona to explore difficult burdens, which those with an unstable sibling will recognize.”
—Kirkus