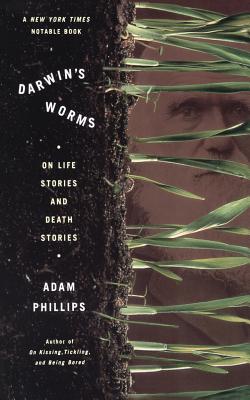 
Available in Warehouse. Wait for Email Confirmation for ETA
Adam Phillips has been called "the psychotherapist of the floating world" and "the closest thing we have to a philosopher of happiness." His style is epigrammatic; his intelligence, electric. His new book, Darwin's Worms, uses the biographical details of Darwin's and Freud's lives to examine endings-suffering, mortality, extinction, and death. Both Freud and Darwin were interested in how destruction conserves life. They took their inspiration from fossils or from half-remembered dreams. Each told a story that has altered our perception of our lives. For Darwin, Phillips explains, "the story to tell was how species can drift towards extinction; for Freud, the story was how the individual tended to, and tended towards his own death." In each case, it is a death story that uniquely illuminates the life story.
Adam Phillips has been called "the closest thing we have to a philosopher of happiness." Formerly Principal Child Psychotherapist at Charing Cross Hospital in London, Phillips is the author of such works as Winnicott; On Kissing, Tickling, and Being Bored; Monogamy; On Flirtation; Terror and Experts; Darwin's Worms; Promises, Promises; and Houdini's Box.