(Post-)colonial Archipelagos: Comparing the Legacies of Spanish Colonialism in Cuba, Puerto Rico, and the Philippines (Paperback) 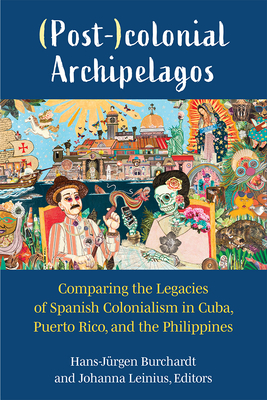 (Post-)colonial Archipelagos: Comparing the Legacies of Spanish Colonialism in Cuba, Puerto Rico, and the Philippines (Paperback)

The Puerto Rican debt crisis, the challenges of social, political, and economic transition in Cuba, and the populist politics of Duterte in the Philippines—these topics are typically seen as disparate experiences of social reality. Though these island territories were colonized by the same two colonial powers—by the Spanish Empire and, after 1898, by the United States—research in the fields of history and the social sciences rarely draws links between these three contexts.

Located at the intersection of Postcolonial Studies, Latin American Studies, Caribbean Studies, and History, this interdisciplinary volume brings together scholars from the US, Europe, Latin America, the Caribbean, and the Philippines to examine the colonial legacies of the three island nations of Cuba, Puerto Rico, and the Philippines. Instead of focusing on the legacies of US colonialism, the continuing legacies of Spanish colonialism are put center-stage. The analyses offered in the volume yield new and surprising insights into the study of colonial and postcolonial constellations that are of interest not only for experts, but also for readers interested in the social, political, economic, and cultural dynamics of Cuba, Puerto Rico, and the Philippines during Spanish colonization and in the present. The empirical material profits from a rigorous and systematic analytical framework and is thus easily accessible for students, researchers, and the interested public alike.

Hans-Jürgen Burchardt is Full Professor of International and Intersocietal Relations at the University of Kassel.

Johanna Leinius is Postdoctoral Researcher in the program “Ecologies of Social Cohesion” at the University of Kassel.