The Tale of the Anzac Tortoise (Paperback) 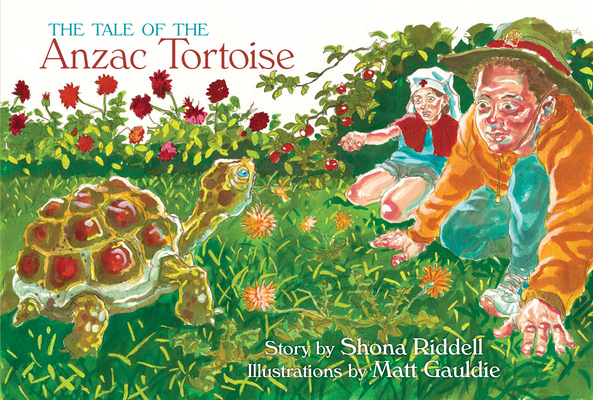 The Tale of the Anzac Tortoise (Paperback)


This title is likely unavailable. Email or call for price and availability.
Based on the true story of one of the longest-living and quietest World War I survivors, The Tale of the Anzac Tortoise is an epic tale of soldiers, nurses, sacrifice and kindness, when siblings Matthew and Marama find themselves transported back in time to the shores of  Gallipoli through an encounter with a tortoise. The original tortoise who inspired the story was plucked by a wounded soldier from the battlefield and then gifted to a nurse, who brought him home to New Zealand. That nurse was the great-great-aunt of author Shona Riddell, and the tortoise remained in their family for the next 80 years!

Shona Riddell is the great-great granddaughter of Harriet Cripps, who was born to two British colonists on the remote Auckland Islands in 1851. In 2016, Shona sailed south to experience the wild sub-Antarctic climate for herself. Shona has worked as an English teacher in Germany, and has a Graduate Diploma in Journalism. She has been published in a variety of publications, including the NZ Herald and the Otago Daily Times, on topics from book reviews to her personal experiences. Her first book was published in 2014, a children’s book called The Tale of the Anzac Tortoise (Exisle Publishing). Trial of Strength is her second book, and she is now working on her third, which will also involve history and remote locations. Shona has lived in London and Berlin, got married in Las Vegas, and currently lives in Wellington, New Zealand, with her husband and two daughters.

Matt Gauldie was New Zealand’s official Defence Force artist for 11 years, one of just a few artists ever to be selected for this prestigious role. Matt is also an award-winning artist. He has exhibited his work publicly through dozens of solo and group exhibitions for almost 20 years, covering themes ranging from rural New Zealand to Maoritanga to Wellington’s nightlife. Over the years he has also been commissioned to paint portraits of notable figures, including former Wellington mayor Mark Blumsky, governor general Jerry Mateparae, former governor general Anand Satyanand, and the governor of Bamyan, Habiba Sarobi.