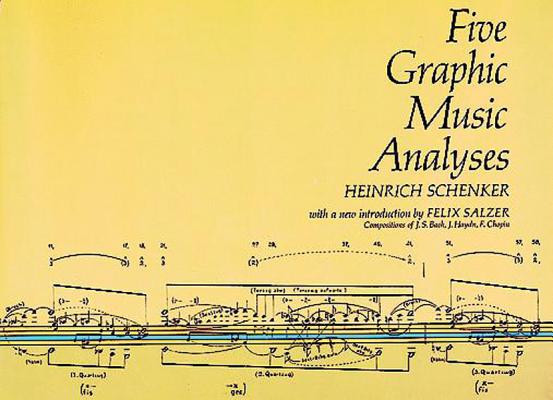 
This title is likely unavailable. Email or call for price and availability.
The concepts of theorist Heinrich Schenker offer a unique method of structural analysis that differentiates between harmonic and contrapuntal functions of chords, emphasizing the relative significance of all tones in terms of motion and direction in the achievement of organic tonal unity.
These sketches study the musical architecture of five compositions from three stylistic periods: two compositions by Bach -- " Ich bin's, ich sollte b ssen" from the St. Matthew Passion and the Prelude No. 1 in C Major from Book I of The Well-Tempered Clavier; the development section from the first movement of Haydn's Sonata for Piano in E-Flat Major; and two tudes by Chopin -- in F Major, Op. 10, No. 8, and in C Minor, Op. 10, No. 12. Each composition is analyzed in a series of sketches, with selective interpretations of chords, indications of voice leading, and other easily understood devices that demonstrate Schenker's theories and their expression.
Music theorist Heinrich Schenker (1868-1935) is best remembered for his approach to music analysis, now termed Schenkerian analysis. He studied under the composer Bruckner and taught music theory and piano privately to several noted musicians, conductors, and composers.