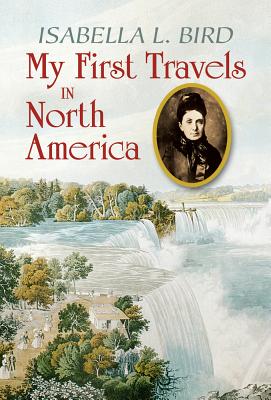 
This title is likely unavailable. Email or call for price and availability.
A woman ahead of her time, Isabella Bird (1831-1904) ranks among the most adventurous travel writers of her era. In this captivating travelogue, she reports to her sister back home in England on a series of journeys through nineteenth-century Canada and the United States. Bird recounts with passion and sensitivity such sights as wigwams on Prince Edward Island and Quebec's romantic falls of Lorette, in addition to dark encounters with cholera, slavery, and harrowing storms at sea.
Bird, whose youth was marred by illness, was advised by her physician to travel. With a budget of 100 pounds from her clergyman father, she ventured off to North America on the first of many journeys. Her later expeditions included forays to the Middle East and Asia, yielding books of discerning observations that have entertained and enlightened readers for over a century.

Isabella Bird (1831-1904) was born in England and became one of the most famous travel writers of the 19th century. After a childhood marred by illness, she was encouraged by her physician to travel. With 100 pounds given to her by her clergyman father, Bird explored Canada and the United States. During her travels, she wrote to her sister about her experiences and drew on that material for her first book. Later, Bird journeyed to Japan, China, Tibet, and Korea. Her discerning observations have been entertaining readers for over a century.