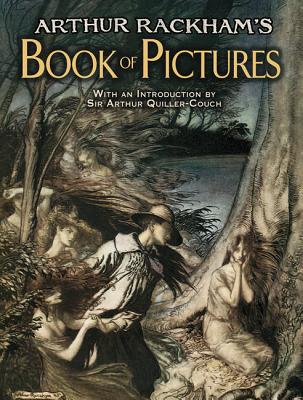 
Available in Warehouse. Wait for Email Confirmation for ETA
This book cannot be returned, cancelled, or exchanged. Please call for availability and pricing
With his distinctive blend of humor and romance, English illustrator Arthur Rackham (1867-1939) recaptured scenes from a thrilling fairy tale world -- a realm shadowed by danger, yet suffused with a sense of sweetness and light. His images enjoyed both popular and critical success, conveying a mood of joy and wonder in a style that has influenced generations of children and artists. This splendid survey of Rackham's early, pre-World War II work features 44 color plates in addition to several black-and-white vignettes and spot illustrations.
The images consist of the goblins, giants, elves, fairies, and other grotesque and fantastic creatures that Rackham depicted so well. Fanciful scenes portray characters from familiar fairy tales -- Jack and the Beanstalk, the Frog Prince, Puss in Boots, and the Snow Queen -- as well as folkloric figures such as Jack Frost and Mother Goose and idealized portraits of Edwardian-era children. This volume includes many long-unavailable works that are not to be found elsewhere. Brief captions identify the source of each image.