The Interpretation of Dreams (Paperback) 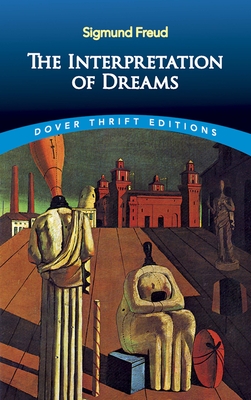 The Interpretation of Dreams (Paperback)

By Sigmund Freud, A. A. Brill (Translator)


Available in Warehouse. Wait for Email Confirmation for ETA
This book cannot be returned, cancelled, or exchanged. Please call for availability and pricing
Until the beginning of the twentieth century, most people considered dreams unworthy of serious consideration. Sigmund Freud, however, had noticed that they formed an active part in the analysis of his patients, and he gradually came to believe that they represent struggles by the unconscious to resolve conflicts. In this classic of psychology, Freud explains the dual nature of dreams ― their apparent content and their true, if hidden, meaning ― as well as the concept of wish fulfillment and a universal language for interpreting dreams.
This groundbreaking work also contains Freud's introduction of the notion that sexuality plays an important role in childhood, a theory that deeply shocked his contemporaries. Psychological journals rejected the book, and scientific publications ignored it, but the author recognized it as containing his greatest insights. The Interpretation of Dreams eventually helped set the stage for psychoanalytic theory, and it remains Freud's most original work.
The Father of Psychoanalysis, Freud ranks among the most important figures in Western psychology, and this is his most famous work. Freud is responsible for the theories behind parapraxis (Freudian slips), dreams as wish fulfillment, the Oedipus complex, repression, the unconscious mind, and other concepts.