Fundamentals of the Theory of Metals (Paperback) 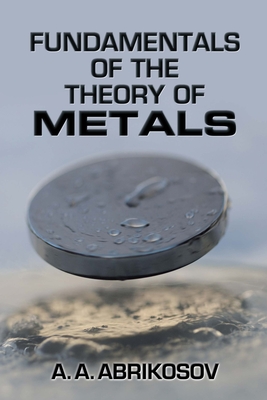 Fundamentals of the Theory of Metals (Paperback)


This title is likely unavailable. Email or call for price and availability.
This comprehensive primer by a Nobel Physicist covers the electronic spectra of metals, electrical and thermal conductivities, galvanomagnetic and thermoelectrical phenomena, the behavior of metals in high-frequency fields, sound absorption, and Fermi-liquid phenomena. Addressing in detail all aspects of the energy spectra of electrons in metals and the theory of superconductivity, it continues to be a valuable resource for the field almost thirty years after its initial publication.
Targeted at undergraduate students majoring in physics as well as graduate and postgraduate students, research workers, and teachers, this is an essential reference on the topic of electromagnetism and superconductivity in metals. No special knowledge of metals beyond a course in general physics is needed, although the author does presume a knowledge of quantum mechanics and quantum statistics.
Russian-born theoretical physicist Alexei Alexeyevich Abrikosov received the 2003 Nobel Prize for his contributions to condensed matter physics. He earned his Ph.D. on the theory of thermal diffusion in plasmas at the Institute for Physical Problems of the USSR Academy of Sciences in 1951, and four years later received a higher doctorate degree with a thesis on quantum electrodynamics at high energies. In 1966 he was awarded the Lenin Prize, and upon coming to the United States in 1991, he worked as a Distinguished Scientist at the Argonne National Laboratory.