The Cross and the Switchblade (Mass Market) 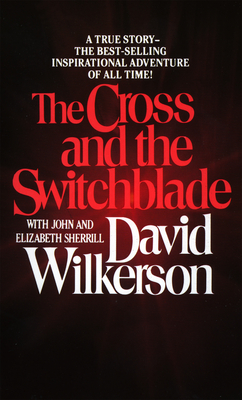 The Cross and the Switchblade (Mass Market)


Available in Warehouse. Wait for Email Confirmation for ETA
The dramatic and inspiring true story of a small town minister called to help inner city kids everyone else believed were beyond hope...

David Wilkerson was just a young preacher in the Pennsylvania hills when he was stunned by a new calling from God: go to New York City to speak to seven young gang members on trial for murder.

But something much greater was to come. Once in New York, David was inspired to stay for a lifetime of helping troubled teenagers get free of drugs and crime. With the word of God in his ears, he founded an inner-city ministry still known as the Teen Challenge to change their paths and alter thousands of lives forever.
David Wilkerson (1931–2011) was a renowned Christian evangelist, the founder of the addiction recovery program Teen Challenge, and the senior pastor of the nondenominational Times Square Church in New York. He wrote more than 30 books, including the bestselling The Cross and the Switchblade and Knowing God by Name.