Into the Twilight of Sanskrit Court Poetry: The Sena Salon of Bengal and Beyond (South Asia Across the Disciplines) (Hardcover) 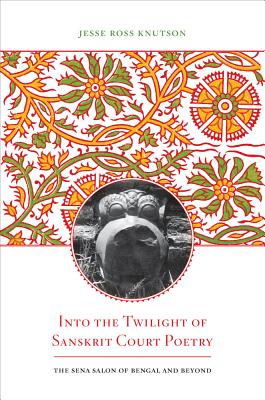 Into the Twilight of Sanskrit Court Poetry: The Sena Salon of Bengal and Beyond (South Asia Across the Disciplines) (Hardcover)


At the turn of the twelfth-century into the thirteenth, at the court of King Laksmanasena of Bengal, Sanskrit poetry showed profound and sudden changes: a new social scope made its definitive entrance into high literature.  Courtly and pastoral, rural and urban, cosmopolitan and vernacular confronted each other in a commingling of high and low styles. A literary salon in what is now Bangladesh, at the eastern extreme of the nexus of regional courtly cultures that defined the age, seems to have implicitly reformulated its entire literary system in the context of the imminent breakdown of the old courtly world, as Turkish power expanded and redefined the landscape.  Through close readings of a little-known corpus of texts from eastern India, this ambitious book demonstrates how a local and rural sensibility came to infuse the cosmopolitan language of Sanskrit, creating a regional literary idiom that would define the emergence of the Bengali language and its literary traditions.
Jesse Ross Knutson is Assistant Professor of Sanskrit and Bengali in the Department of Indo-Pacific Languages and Literature at the University of Hawai'i, Manoa.