The Folk: Music, Modernity, and the Political Imagination (Paperback) 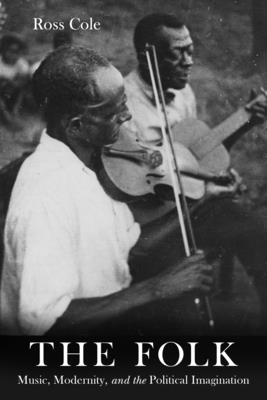 The Folk: Music, Modernity, and the Political Imagination (Paperback)

Who are "the folk" in folk music? This book traces the musical culture of these elusive figures in Britain and the US during a crucial period of industrialization from 1870 to 1930, and beyond to the contemporary alt-right. Drawing on a broad, interdisciplinary range of scholarship, The Folk examines the political dimensions of a recurrent longing for folk culture and how it was called upon for radical and reactionary ends at the apex of empire. It follows an insistent set of disputes surrounding the practice of collecting, ideas of racial belonging, nationality, the poetics of nostalgia, and the pre-history of European fascism. Deeply researched and beautifully written, Ross Cole provides us with a biography of a people who exist only as a symptom of the modern imagination, and the archaeology of a landscape directing flows of global populism to this day.

Ross Cole is a research fellow at the University of Cambridge. His writing on a range of topics appears in leading journals including Ethnomusicology, Popular Music, and ASAP/Journal.