Engines of Growth: The State and Transnational Auto Companies in Brazil (Paperback) 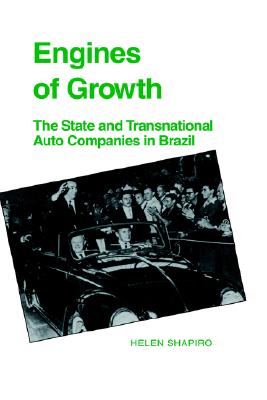 Engines of Growth: The State and Transnational Auto Companies in Brazil (Paperback)


Available in Warehouse. Wait for Email Confirmation for ETA
This book cannot be returned, cancelled, or exchanged. Please call for availability and pricing
In the 1950s, Brazil prohibited car imports and forced transnational auto companies either to abandon the market or manufacture vehicles within the country. Although currently contending approaches to economic development would suggest that this type of industrialization policy would fail in the political-economic context of postwar Brazil, the plan was successful according to a variety of criteria. The Brazilian auto industry would become the largest in the periphery. The book explains the economic and political motivations behind the plan, and why Brazil relied on foreign firms to do the job. It documents the bargaining process between the Brazilian government and transnational firms, estimates the cost incurred by the government as a result of the plan, and provides new archival evidence that shows that firms would not have invested without government pressure. It argues that the current, polarized debate on the role of the state in economic development must become more nuanced, as the Brazilian auto case suggests that the effectiveness of state policy can vary greatly across sectors and over time.