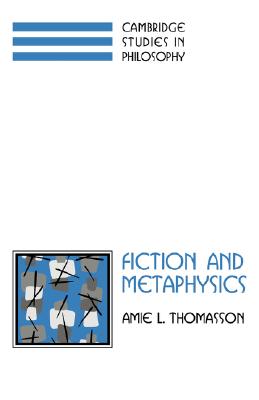 
Available in Warehouse. Wait for Email Confirmation for ETA
This book cannot be returned, cancelled, or exchanged. Please call for availability and pricing
This challenging study places fiction squarely at the center of the discussion of metaphysics. Philosophers have traditionally treated fiction as involving a set of narrow problems in logic or the philosophy of language. By contrast Amie Thomasson argues that fiction has far-reaching implications for central problems of metaphysics. The book develops an artifactual theory of fiction, whereby fictional characters are abstract artifacts as ordinary as laws or symphonies or works of literature. In taking seriously the work of literary scholars and in citing a wide range of literary examples, this book will interest not only philosophers concerned with metaphysics and the philosophy of language, but also those in literary theory interested in these foundational issues.