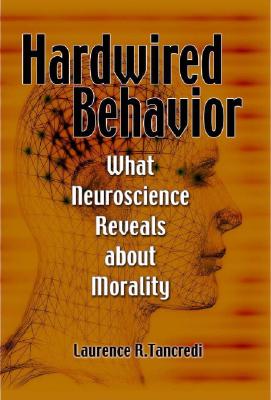 
Available in Warehouse. Wait for Email Confirmation for ETA
In many areas of modern life rapid developments in science are overwhelming established norms. Brain biology, through DNA testing and advanced brain imaging techniques, has given medical scientists new insights into the functioning of the human mind. This erosion of long-standing beliefs has many implications for understanding and treating what society considers to be aberrant or immoral behavior. What medical science is indicating is that the focus of our emphasis on mental processes--particularly free will and intentionality--is shifting to recognition of the important role the physical brain plays on human thought and behavior. In Hardwired Behavior the author argues that social morality begins in the brain, for without the brain there would be no concept of morality. Individual responsibility, therefore, must be reconsidered in the light of biological brain processes. The question of whether new scientific findings destroy the relevance of free will, placing it in the context of biological forces that may operate outside the conscious control of the actor, is one of intense debate. Hardwired Behavior takes this question and moves it into the open by clearly detailing neuroscience discoveries and explaining how the ancient precepts of morality that have guided mankind throughout its history must now be seen through the new lens of brain biology.