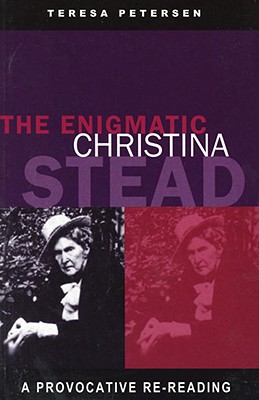 
This title is likely unavailable. Email or call for price and availability.
This is a remarkably stimulating new approach to Stead's fiction and to her psyche. In this very strong reading, often against the grain, the author illuminates Stead's fiction in a way that has never been done before. Chris Wallace-Crabbe Christina Stead is arguably Australia's greatest female novelist. Born and educated in Sydney, she spent the greater part of her life abroad, having left in 1928 'to satisfy a wandering impulse'. The most famous of her thirteen novels, The Man Who Loved Children (1940) is an acknowledged masterpiece of twentieth-century fiction. Stead''s concentrated emotional intensity, her interest in extraordinary passion and her keen sense of fantasy and the grotesque have led to comparisons with D. H. Lawrence, Dostoevsky and Dickens. Immediately striking are her strong imaginative power and range, her verbal brilliance and her acute penetration of character. The enigma identified and skilfully unravelled by Teresa Petersen, surprisingly, has hitherto been unexamined. Overtly, Stead presents the heterosexual norm as the paradigm par excellence, yet she portrays no happy heterosexual relationships or marriages, only miserable compromises. More covertly, lesbian eroticism pervades her fiction. Usually shrouded in silence, it imperceptibly surfaces and disappears, sliding in and out of the narrative. Petersen argues compellingly that although Stead's texts appear on the surface to be saturated with the heterosexual norm, this is a façade that masks both lesbian and male homosexual desire. By elucidating Stead's subtextual preoccupation with homosexuality, Petersen challenges conventional scholarship and shifts our view of both Stead's work and her life.
Dr Teresa Petersen lectures in the Department of English, Macquarie University.
“Petersen offers some thought-provoking new readings of Stead's work that are likely to send us back to the novels themselves.” —The Times Literary Supplement