After the Celebration: Australian Fiction 1989-2007 (Paperback) 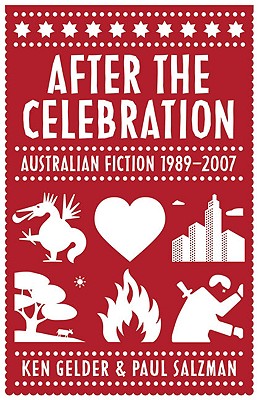 After the Celebration: Australian Fiction 1989-2007 (Paperback)


This title is likely unavailable. Email or call for price and availability.
After the Celebration explores Australian fiction from 1989 to 2007, after Australia's bicentenary to the end of the Howard government. In this literary history, Ken Gelder and Paul Salzman combine close attention to Australian novels with a vivid depiction of their contexts: cultural, social, political, historical, national and transnational. From crime fiction to the postmodern colonial novel, from Australian grunge to 'rural apocalypse fiction', from the Asian diasporic novel to the action blockbuster, Gelder and Salzman show how Australian novelists such as Frank Moorhouse, Elizabeth Jolley, Peter Carey, Kim Scott, Steven Carroll, Kate Grenville, Tim Winton, Alexis Wright and many others have used their work to chart our position in the world. The literary controversies over history, identity, feminism and gatekeeping are read against the politics of the day. Provocative and compelling, After the Celebration captures the key themes and issues in Australian fiction: where we have been and what we have become.
Ken Gelder is Professor of English at the University of Melbourne. His books include Reading the Vampire (1994), Uncanny Australia: Sacredness and Identity in a Postcolonial Nation (1998, with Jane M Jacobs), Popular Fiction: The Logics and Practices of a Literary Field (2004) and Subcultures: Cultural Histories and Social Practice (2007). Paul Salzman is a Reader in English Literature at La Trobe University. He has published widely in the areas of early modern literature and Australian literature, including books on Elizabeth Jolley, the writing of 1621 and early modern women's writing. Ken Gelder and Paul Salzman are co-authors of The New Diversity: Australian Fiction 1970-1988 (1989).