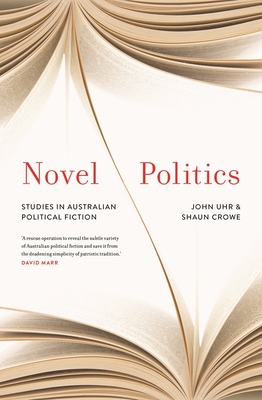 
This title is likely unavailable. Email or call for price and availability.
PNovel Politics takes the relationship between literature and politics seriously, analysing the work of six writers, each the author of a classic text about Australian society. These authors bridge the history of local writing, from pre-Federation colonial Australia (Catherine Spence, Rosa Praed and Catherine Martin) to the contemporary moment (Tim Winton, Christos Tsiolkas and Kim Scott). Novel Politics unpicks the many political threads woven into these books, as they document the social world as it exists, while suggesting new possibilities for the nation's future. As political commentators of a particular kind, all six authors offer unique insights into the deeper roots of politics in Australia, beyond the theatre of parliament and out into the wider social world, as imagined by its dreamers and criticised by its most incisive discontents. Table of Contents Preface Introduction: Politics and the Study of Literature Part One Chapter 1 Catherine Spence's Clara Morison Chapter 2 Rosa Praed's Policy and Passion Chapter 3 Catherine Martin's An Australian Girl Part Two Chapter 4 Tim Winton's Dirt Music Chapter 5 Christos Tsiolkas's The Slap Chapter 6 Kim Scott's That Deadman Dance and Taboo Conclusion: Literature and the Study of Politics
Shaun Crowe holds a doctorate in political science from the Australian National University. He is the author of Whitlam's Children: Labor and the Greens in Australia. John Uhr is Professor of Political Science in the College of Arts and Social Sciences, Australian National University. His recent books include Prudential Public Leadership and Performing Political Theory.