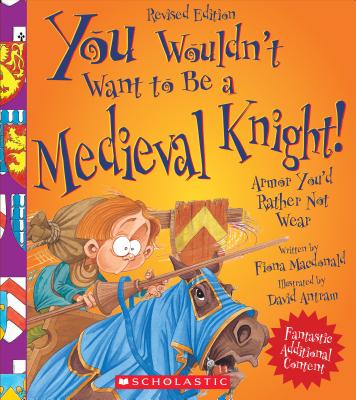 
This title is likely unavailable. Email or call for price and availability.
Being a knight in shining armor is not as glamorous as it looks.This interactive series will enthrall young and reluctant readers (Ages 8-12) by making them part of the story, inviting them to become the main character. Each book uses humorous illustrations to depict the sometimes dark and horrific side of life during important eras in history. Follow the progress of a young English boy at the beginning of the 15th century as he goes through the rigorous traning to become a knight, and faces the dangers of sieges and jousts. This new extended edition includes a map, a timeline of the Crusades, and a selection of exciting facts.
Antram was born in Brighton, England. He studied at Eastbourne College of Art and then worked in advertising for 15 years before becoming a full-time artist.