The Wild Queen: The Days and Nights of Mary, Queen of Scots (Young Royals) (Paperback) 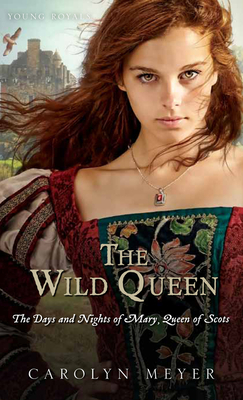 The Wild Queen: The Days and Nights of Mary, Queen of Scots (Young Royals) (Paperback)

The scandalous and tragic life of Mary, Queen of Scots. Read her incredible story before seeing the major motion picture starring Saoirse Ronan and Margot Robbie!

Mary Stuart was just five years old when she was sent to France to be raised alongside her future husband. But when the frail young king dies, eighteen-year-old Mary is stripped of her title as Queen of France and set adrift in the harsh world, alone.Determined to reign over what is rightfully hers, Mary returns to Scotland. Hoping that a husband will help her secure the coveted English throne, she marries again, but the love and security she longs for elude her. Instead, the fiery young queen finds herself embroiled in a murder scandal that could cost her the crown. And her attempts to bargain with her formidable “sister queen,” Elizabeth I of England, could cost her her very life.

Carolyn Meyer is the acclaimed author of more than fifty books for young people. Her many award-winning novels include Mary, Bloody Mary, an ABA Pick of the Lists, an NCSS-CBC Notable Children's Trade Book in the Field of Social Studies, and an ALA Best Book for Young Adults; Anastasia: The Last Grand Duchess, a New York Times bestseller; White Lilacs, an ALA Best Book for Young Adults, an NYPL Best Book for the Teen Age, and an IRA Young Adults' Choice; and Marie, Dancing, a BookSense Pick. Ms. Meyer lives in Albuquerque, New Mexico. Visit her website at www.readcarolyn.com.

"Through a fresh, modern voice, Mary Stuart, Queen of Scots, is presented as a fascinating, headstrong, multidimensional woman. . . . The scheming and rivalries of Scotland are covered in such a way that the novel makes complicated history accessible and intriguing."—SLJ "Mary is a relatable, sympathetic protagonist, and though she has many responsibilities and expectations the average teen reader doesn't, she still deals with plenty of common adolescent problems: parental expectations, crushes and the confusion they can lead to, a changing dynamic between herself and her childhood friends."--teenreads.com   Praise for Carolyn Meyer's Young Royals books: "High drama . . . irresistible."—Booklist "Riveting."—Publishers Weekly "Masterful."—VOYA "Captivating."—SLJ —