The Evening Chorus: A Novel (Paperback) 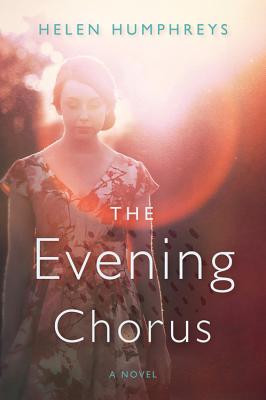 The Evening Chorus: A Novel (Paperback)


Available in Warehouse. Wait for Email Confirmation for ETA
Amid the chaos of World War II, three people find unexpected freedom through their connection to the natural world—from the author of Rabbit Foot Bill.

Downed during his first mission, James Hunter is taken captive as a German POW. To bide the time, he studies a nest of redstarts at the edge of camp. Some prisoners plot escape; some are shot. And then, one day, James is called to the Kommandant’s office. Meanwhile, back home, James’s new wife, Rose, is on her own, free in a way she has never known. Then, James’s sister, Enid, loses everything during the Blitz and must seek shelter with Rose. In a cottage near Ashdown forest, the two women jealously guard secrets, but form a surprising friendship. Each of these characters will find unexpected freedom amid war’s privations and discover confinements that come with peace. The Evening Chorus is a beautiful, astonishing examination of love, loss, escape, and the ways in which the intrusions of the natural world can save us.


“The Evening Chorus serenades people brutally marked by war, yet enduring to live — and relish — the tiny pleasures of another day. With her trademark prose — exquisitely limpid — Humphreys convinces us of the birdlike strength of the powerless.” — Emma Donoghue

“A poised, lyrical novel about the griefs of war, written with poetic intensity of observation.” —Helen Dunmore

Helen Humphreys' novels include several New York Times Notable Books of the Year. Among other awards, she has received the Lambda Prize for fiction and was longlisted for the Dublin Impac. She has written four books of poetry, six novels, and two works of creative non-fiction.

Shortlisted for the Governor General's Award for Fiction  Nominated for the ?International Dublin Literary Award 2017   "The Evening Chorus deserves a special place on your reading list this winter." —Alan Cheuse, NPR All Things Considered   “Humphrey’s prose is spare, concrete, sculpted . . . . deeply rooted in the rhythms and imagery of nature. . . . Humphreys sees nature as something consoling, even redemptive.” —The New York Times Book Review   "Scintillating...What Humphreys does so well, in beautiful, precise prose, is convey the shock of that violence, how it rends the everyday. I am very glad to have spent some of my moments on earth reading The Evening Chorus. I reached the end with a sense of wonder that so much life and pain and beauty could be contained in so few pages." —The Boston Globe    "Humphreys (Nocturne, 2013, etc.) offers a heartbreaking yet redemptive story about loss and survival...Humphreys deserves more recognition for the emotional intensity and evocative lyricism of her seemingly straightforward prose and for her ability to quietly squirrel her way into the reader’s heart." —Kirkus, starred review   "Like birds thrown off course by severe storms, James, Rose, and Enid all emerge from the war in places far different from where they started. Inspired by the resiliency of the natural world, Humphreys (Coventry, 2009) creates a narrative arc that is compact and sinewy, yet from her spare prose and refined imagery springs an arresting novel of regret, contrition, and redemption that glimmers with transcendent moments of hope and valor.Aningeniously elegant and instinctively restrained tale about the durability of the human spirit."   —Booklist, starred review   “The Evening Chorus is a quietly commanding narrative of nature’s constancy in a time of unspeakable human ruin…. In characteristically effortless prose, Humphreys relates a familiar tale of love and loss in war, but reveals a valuable truth: that nature in its timeless wisdom has the ability to remind humans, in the darkest of days, of their humanity.”  —Quill & Quire   "A lyrical novel about loss, love and the natural world."  —Country Life   "Award winning Canadian author Helen Humphreys' latest novel is a beautifully written exploration of the impact of war and peace on her four central characters...They all discover that, paradoxically, war brings unexpected freedom, which peace will eventually destroy."  —The Syndey Morning Herald   "Humphreys' prose is nuanced and deceptively plainspoken; under its simplicity lies profound observation of human emotion."  —Cleveland.com   "Poignantly explores the sorrows of war and consolations of nature … A story of heartbreak and hope, it unfolds against a mesmerizingly described natural world."  —Daily Mail   "Absorbing, richly characterized, and marked by smart, delightful twists and turns, the novel’s fruitful visitation of war and its aftermath never fails to captivate. If there is such a thing as a cultural vocabulary of war, Humphreys adds welcome new words to it...In highlighting the wondrous (if at times vexing) unknowability of our lives — that a sudden impulsive idea, or a decision to turn left instead of right, can usher in unforeseeable consequences — —