The Place Between Our Fears: Life in Congo and Beyond (Paperback) 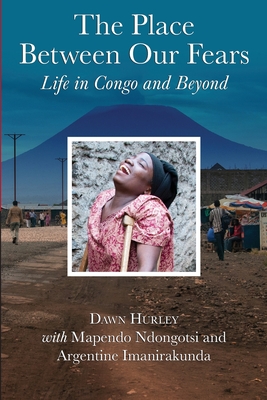 The Place Between Our Fears: Life in Congo and Beyond (Paperback)

★Book of the Month for Women for Women International Book Club

From the green hills of eastern Congo comes an unforgettable true story about women who refuse to give up.

Argentine's life starts with an impossible question. "How do I stay safe, if I can't run away?" She is a little girl caught in an escalating war, and she can't use her legs. Each night, Argentine's mother does the only thing she can think of. She carries her little girl into the forest and hides her in a hole, covering her with brush. "You'll be safe here," she whispers. But how long can that last?

This is a story of mothers and daughters, and of faith that defies all expectations. After years of hiding in the forest, Argentine closes her eyes and sees a different future for herself. "We must go now," she tells her mother, although she can't even walk. With no money, Argentine and her mother throw themselves at the mercy of strangers and set off on a bold journey seeking safety and treatment in the bustling city of Goma. There, Argentine meets Mapendo, another young girl facing similar challenges. Together, the two girls must learn to stand on crutches and navigate a world that would rather ignore them. Buoyed by faith, friendship and laughter, the two girls learn to write and to sew, and they begin to dream of marriage, children, and work of their own.

Soon, armed men threaten their existence once again. And this time Argentine and Mapendo must fight not only for themselves but for their children as well. What follows is a gripping decade-long journey atop trucks and motorcycle taxis, through crowded markets and refugee camps, to a snowy landscape Argentine and Mapendo never imagined.

Told from the perspective of an American who moves to Congo and meets Argentine and Mapendo as young women, this true story is both relatable and utterly astonishing.

Congo has been labeled "the worst place in the world to be a woman," but such labels do nothing to help us understand the dignity and humanity of Congolese women. This compelling, first-person narrative flips the script and offers fresh perspectives not only on what it means to be a woman in Congo, but also on what these inspiring women might teach the rest of us.