My 48 Years at Sea: From Deck Boy in Denmark to Captain in America (Paperback) 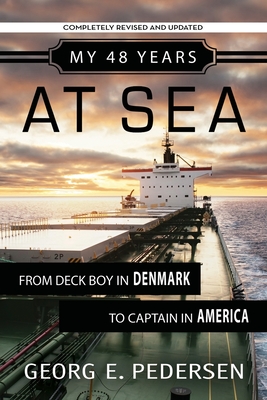 My 48 Years at Sea: From Deck Boy in Denmark to Captain in America (Paperback)

We all have a story to tell. Mine is a sea story that started in
1948 when I turned 14 and no further education was available
to me. My father gave me two choices: stay home and fish or ship
out.
For the next 48 years, I sailed the world carrying cargo from one
country to another. The ships became my home and floating
workplace. When I went ashore in foreign ports, I never felt that I
was more than a taxi ride away from home. I learned at an early age to
respect different people and their cultures, and I witnessed their
struggles firsthand. Being a merchant seaman is not for everyone, but
once it's in your blood, you don't want to do anything else. When I
was at sea, I always felt I had one of the best and most exciting jobs,
whether I was the deck boy or captain. I served on 62 different ships
and visited 173 ports in 73 countries, some many times over. When
I began, the world was busy rebuilding after World War II. It was a
great time to be young, single, and adventurous. It was a time that
can never be repeated.