Working on a Song: The Lyrics of HADESTOWN (Paperback) 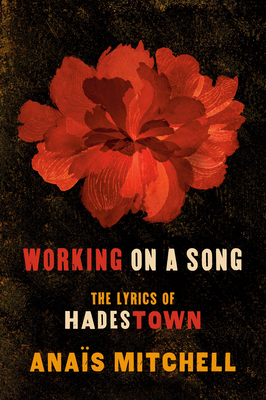 Working on a Song: The Lyrics of HADESTOWN (Paperback)


Backordered - ETA Unknown
"Working On A Song is one of the best books about lyric writing for the theater I've read."—Lin-Manuel Miranda

An illuminating book of lyrics and stories from Hadestown—the winner of eight Tony Awards, including Best Musical—from its author, songwriter Anaïs Mitchell with a foreword by Steve Earle

On Broadway, this fresh take on the Greek myth of Orpheus and Eurydice has become a modern classic. Heralded as “The best new musical of the season,” by The Wall Street Journal, and “Sumptuous. Gorgeous. As good as it gets,” by The New York Times, the show was a breakout hit, with its poignant social commentary, and spellbinding music and lyrics.

In this book, Anaïs Mitchell takes readers inside her more than decade’s-long process of building the musical from the ground up—detailing her inspiration, breaking down the lyrics, and opening up the process of creation that gave birth to Hadestown. Fans and newcomers alike will love this deeply thoughtful, revealing look at how the songs from “the underground” evolved, and became the songs we sing again and again.
Anaïs Mitchell is a singer-songwriter who comes from the world of narrative folksong, poetry, and balladry. Among her recorded works are six full-length albums including the original studio album of Hadestown (2010, featuring Justin Vernon and Ani DiFranco); Young Man in America (2012); and Bonny Light Horseman (2020, with folk band Bonny Light Horseman). Mitchell has headlined concerts around the world. Awards include a Tony Award for Best Score for Hadestown. Her albums have been featured in year-end best lists including NPR, Wall Street Journal, Guardian, and Sunday Times. Hadestown is Mitchell’s first musical.
Praise for Working on a Song:
"Working On A Song is one of the best books about lyric writing for the theater I've read. Up there w the Sondheim Tomes and Ira Gershwin's book. Specifically, re-writing, and revising, and holding on to your voice while telling your story."—Lin-Manuel Miranda