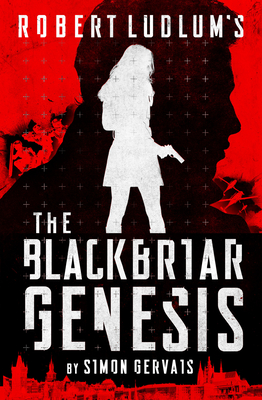 
Available in Warehouse. Wait for Email Confirmation for ETA
The assassination of a Treadstone agent leads two Blackbriar operatives down a rabbit hole of deceit and betrayal in this explosive new series from the world of Robert Ludlum.

A car explodes along a quiet Prague side street—among the dead is an undercover Treadstone agent. It's not unusual for such men to meet their fates on an operation, but in this case there's one catch. None of his superiors know what he was doing there.

Two Blackbriar operatives, Helen Jouvert and Donovan Wade, are sent to investigate. Their search for answers will take them deeper into the world of conspiracy and fake news than they ever expected.

Treadstone and Blackbriar may be two sides of the same coin, intelligence and counterintelligence, but they have one thing in common, answers can be the deadliest commodity of all.
Simon Gervais was born in Montréal, Québec. He joined the Canadian military as an infantry officer. In 2001, he was recruited by the Royal Canadian Mounted Police, where he first worked as drug investigator. Later he was assigned to antiterrorism, which took him to several European countries and the Middle East. In 2009, he became a close-protection specialist tasked with guarding foreign heads of state visiting Canada. He served on the protection details of Queen Elizabeth II, U.S. president Barack Obama, and Chinese president Hu Jintao, among others. Gervais lives in Ottawa with his wife and two children.

Robert Ludlum was the author of twenty-seven novels, each one a New York Times bestseller. There are more than 225 million of his books in print, and they have been translated into thirty-two languages. He is the author of the Jason Bourne series—The Bourne Identity, The Bourne Supremacy, and The Bourne Ultimatum—among other novels. Mr. Ludlum passed away in March 2001.
Praise for The Blackbriar Genesis

“Gervais blows the doors off the hinges with this series-starting thriller that introduces a pair of characters that readers will love. Hands down, The Blackbriar Genesis is the best thing to come out of Ludlum’s universe since The Bourne Ultimatum.”—The Real Book Spy

"This worthy addition to the Ludlum enterprise...Gervais delivers the exciting action, colorful heroes and villains, and seamless plots that readers have come to expect from this dependable franchise. Ludlum would be proud."—Publishers Weekly