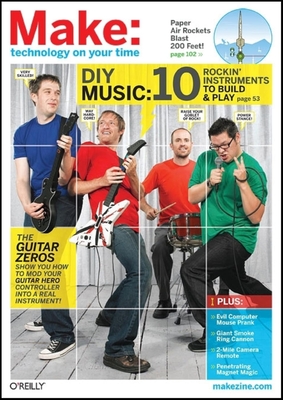 This is book number 15 in the Make: Technology on Your Time series.

Explore the euphonic delights of homemade music in MAKE, Volume 15, the Musical Instrument issue. From handheld synthesizers, to laser harps, to autonomous robot composers, MAKE 15 will fill your world with sweet sounds made by you, even if you've never learned to play an instrument.

Mark Frauenfelder is a writer and illustrator living in Los Angeles, and the editor of MAKE. He is the cofounder of the popular Boing Boing weblog and was an editor at Wired from 1993-1998.