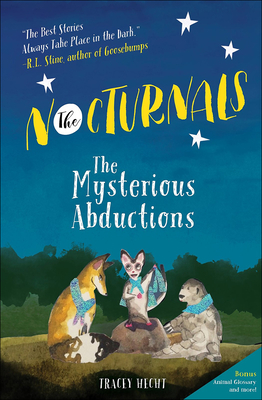 This is book number 1 in the Nocturnals series.

Tracey Hecht is a writer and entrepreneur who has written, directed and produced for film. She splits her time between Oquossoc, Maine and New York City. This is Tracey Hecht's first middle grade series. Kate Liebman is an artist who lives and works in New York City. She graduated from Yale University, contributes to the Brooklyn Rail, and has shown her work at multiple galleries. She grew up in Santa Monica, California.