Nature Noir: A Park Ranger's Patrol in the Sierra (Paperback) 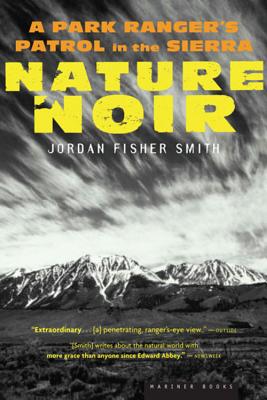 Nature Noir: A Park Ranger's Patrol in the Sierra (Paperback)

A nature book unlike any other, Jordan Fisher Smith's startling account of fourteen years as a park ranger thoroughly dispels our idealized visions of life in the great outdoors. Instead of scout troops and placid birdwatchers, Smith's beat -- a stretch of land that has been officially condemned to be flooded -- brings him into contact with drug users tweaked out to the point of violence, obsessed miners, and other dangerous creatures. In unflinchingly honest prose, he reveals the unexpectedly dark underbelly of patrolling and protecting public lands.

Jordan Fisher Smith has been a park ranger for more than twenty years in Idaho, Wyoming, Alaska, and California. Nature Noir is his first book. He lives with his wife and two young children in the northern Sierra Nevada.

"Powerful with its intimate knowledge of place, Nature Noir achieves an even deeper mastery with its affection for the people and human histories of that place. Care and respct for a wild landscape attend to every page of this book." —Rick Bass

"Park rangers have one of the tougher jobs our society has yet devised--they come up against all the varieties of human unhappiness that a city policeman encounters, and they come up against nature in all her moods. Both seem amplified in the canyon of the American River that Jordan Fisher Smith writes about with such calm power. This book will tell you things you didn't know, and in a strong and original voice." —Bill McKibben, author of The End of Nature and Enough: Staying Human in an Engineered Age.

"This is a walk in the woods like Thoreau never imagined. I can't make up my mind whether Jordan Fisher Smith is John Muir at the crime scene or Elmore Leonard with a backpack. In any event, this astonishing book, with its brilliant interweaving of murder, irony and natural history, invents a new genre." —Mike Davis, author of City of Quartz and Ecology of Fear.

"Jordan Fisher Smith writes of the present moment as if from some vantage pont in the future. The effect is eerie, and part of what makes Nature Noir so compelling. Smith's is a refreshingly unsentimental kind of truth-telling." —Barry Lopez, author of Arctic Dreams and Of Wolves and Men

"Smith writes with a novelistic sense of character, atmosphere and pacing . . . It will cause readers to both thrill and shudder." Publishers Weekly

"Nature Noir is a stunning work that will appeal on many levels. The descriptions of nature are visceral, often lyrical. The historic and geological details are fascinating. And the suspense is palpable, part murder mystery, part thriller, and part a new genre all its own." --Amy Tan

"NATURE NOIR is a nature book unlike any other. . .nuanced. . .infused with wonder. . .the book works in so many ways." --Arthur Salm The San Diego Union-Tribune

"A wonderful antidote to the treacly Ansel Adams image of our parks." --Mark Yost The Wall Street Journal —