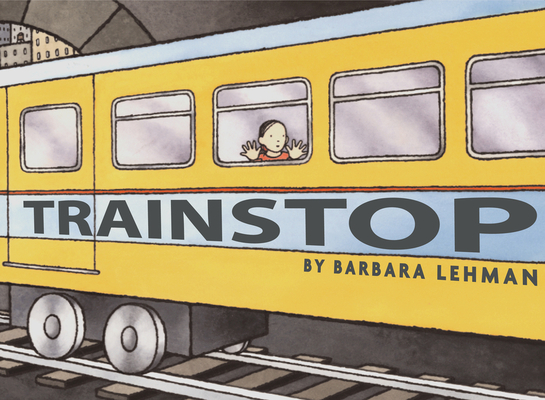 A ride on the train is exciting. There’s always something new to see, even if you’ve been there before.
But some train rides are better than others . . .

What if a train took you somewhere else entirely? What if the doors opened in a strange, new place? This is one train stop you won’t want to miss!

Barbara Lehman has illustrated many books for children, including The Red Book, which was awarded the Caldecott Honor in 2005. Born in Chicago, Barbara attended Pratt Institute in Brooklyn, where she earned a BFA in communication design. A full-time illustrator, Barbara says, “Books and art have always held the strongest attraction for me. I have always felt drawn to ‘commercial art’ because of its ability to reach many people. I like the idea of being part of the media in a meaningful and thoughtful way, especially with children as the audience.” She lives in the Hudson Valley in upstate New York. Visit her website at www.barbaralehmanbooks.com.

"...the surprise on the final spreads…brings...a playful challenge, to the way readers look at the world around them." PW starred Publishers Weekly, Starred