The Silent Book: A Deaf Family and the Disappearing Australian-Irish Sign Language (Paperback) 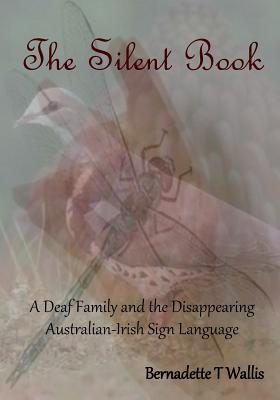 The Silent Book: A Deaf Family and the Disappearing Australian-Irish Sign Language (Paperback)

The book tells the story of the author's mother and father as Deaf people in the context of their lives in Victoria, their schooling in New South Wales in the 1920s and their adult lives. She brings to the fore the rural environment that surrounded their lives as children and as adults in rural Australia. Australian-Irish Sign Language was introduced into Australia in the nineteenth century through Sister Gabriel Hogan, a Dominican religious sister who
was deaf herself. She was appointed to teach Deaf children, so a school was eventually established in Waratah, NSW. As the population in Australia was increasing, and so too the Catholic population, there was an increase in the number of Deaf children. Protestant based denominational schools for Deaf children had also begun in Sydney and Melbourne, using British Sign Language. The Catholic community was strongly committed to providing a Catholic education for its children, including for its Deaf children. Since the community was largely Irish-born or of Irish descent and many of its teachers educated in Ireland, it was inevitable that in the Catholic system Deaf children would be educated through Irish Sign Language. (This is aside from any question of technical or expressive preference for AISL.) Since greater numbers of Deaf children attended the Denominational schools, their Deaf language became the dominant language in Australia, and later became known as Auslan, Australian Sign Language. The Australian-Irish Sign Language ceased being taught in 1953. So, like many indigenous languages, it is fast disappearing from consciousness.

Throughout this book, themes of the Indigenous peoples with two Dreamtime stories and of flowing rivers are featured. Rivers flow and connect peoples and stories. They are the lifeblood, the veins of this body of land Australia, where human endeavours flourish interdependent with the Land itself - where the author's ancestors drew life and nourishment.

The book is divided into three parts: Part I is about the first part of the author's parents' lives up until they leave school; Part II picks up the story that leads them into adulthood and family life in the world of the twentieth
century. Part III enlightens the reader as to the story of Australian-Irish Sign Language and the journey of the language through the Catholic education system in Australia. This inclides brief accounts of the story of the Catholic Deaf Associations in Victoria, especially in relation to the family's story.

There is no attempt made to give a full history of the intricate and complex global Deaf story - nor of the Deaf story in Australia, including Auslan, Australian Sign Language. The focus is on the author's parents in the Catholic setting, their language - Australian-Irish Sign Language, and its journey. This narrow focus, however, illuminates a larger picture. There is also no attempt to write from the perspective of a professional linguist in Sign languages or Australian-Irish Sign Language, but the reader will occasionally read of the complex movement of fingers, hands and body as they are described in writing the elements of a visual living language. The author's wish is that this book be a valuable source of education for the Deaf community as well as the general community.