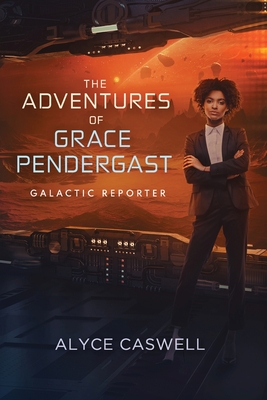 Grace Pendergast will one day be the greatest reporter the galaxy has ever known. But she still has a long way to go.

Four millennia in the future, the news has become a glorious spectacle for an audience hungry for theatrics. Grace is determined to change this. She plans on providing the galaxy with genuine coverage that shines light on those evils that continue to thrive on the old ways.

No source should be named if doing so endangers their life. No secret should be kept. The truth must be told - for the good of the galaxy.

But Grace has her own secrets. She's dating Finara, the goddess of fire, which gives her unparalleled access to the Galactic Pantheon. No other mortal has this knowledge - and no other reporter can call upon a sub-level god to help them when a situation becomes too dangerous.

Her own hypocrisy makes Grace uneasy, but how can she expose the private life of the woman she loves? And how can she reveal her connection to the gods when it will endanger her reputation as a fearless bastion of the truth?

A collection of short stories.