The story of a thrilling escape from the clutches of the: Sudanese Government's Security Forces (Paperback) 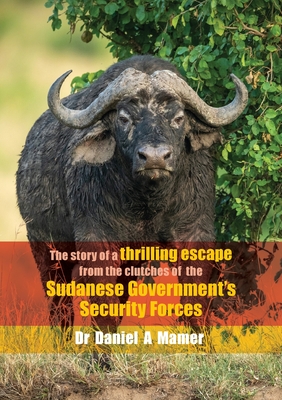 The story of a thrilling escape from the clutches of the: Sudanese Government's Security Forces (Paperback)

By Daniel a. Mamer

PROFESSOR MAMER GREW UP IN SOUTH SUDAN in the grey period of the 1950s when the British Colonial rule was phasing out or coming to an end and Independence and Sudanization were coming in. His subsequent education took him from missionary and government schools in South Sudan all the way to the glistening Ivory-Tower universities of the Western World. Professor Mamer is AmericanBritish-French educated. He gained his BSc and MSc. in Agricultural Economics from Oregon State University in the State of Oregon, U.S.A. Returning to Sudan, he got employed as a teaching Assistant (T.A.) in the College of Social & Economic Studies (CSES) of the newly-created University of Juba. Two years later, he was sent to France as a government scholar for his PhD studies in the University of Montpellier in Southern France. On attaining his Doctrat de'Universite in Agro-alimentaire, the French equivalent of agribusiness or agricultural economics in March 1985, he returned to mother University in Juba where he was appointed as a lecturer in CSES, University of Juba. From 985, he continued lecturing in the University until 1994, when he was forced to fl ee his homeland due to the overwhelming political oppression and human rights violations against him and many others from South Sudan. In the more than 20 years since then he has worked continuously as a consultant for many international NGOs and United Nations projects that have improved immensely the livelihoods of many his fellow South Sudanese. He is happily married with fi ve children (3 girls and 2 boys) and numerous grandchildren.