My Shadow Is Pink (Hardcover) 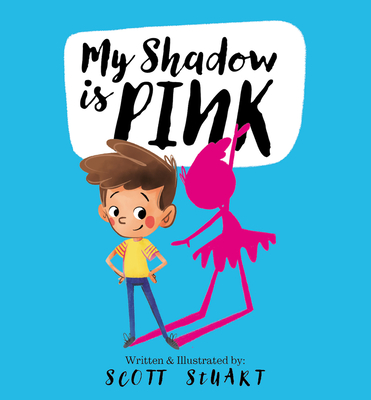 My Shadow Is Pink (Hardcover)


On Our Shelves as of 9am Today
My Shadow Is Pink is a beautifully written rhyming story that touches on the subjects of gender identity, self acceptance, equality and diversity. Inspired by the author’s own little boy,  the main character likes princesses, fairies and things "not for boys." He soon learns (through the support of his dad) that everyone has a shadow that they sometimes feel they need to hide.This is an important book for a new generation of children (and adults alike) which exemplifies the concepts of unconditional love, respect and positive parenting.

* An important and timely bookl Empowers LBGTQ children and the wider community with its strong and powerful message
* Encourages self love and acceptance
* Teaches children the concept of diversity, equality and inclusion
* Creates opportunity for open discussion and learning
* Highlights current themes of gender identity
* Bright and colorful illustrations by Scott Stuart
Scott Stuart is father to a six-year-old boy who loves all things Queen Elsa and princesses. Having worked at The Royal Children’s Hospital, he has seen how important it is for children to feel represented and is committed to creating stories of empowerment.
“Affirming” —Foreword Reviews, starred review

“Stuart isn’t just making up stories here—he’s living the support he writes about. [His] take on the theme stands out for its focus on the relationship between the child and his dad and on societal ideas about masculinity.” —Mombian, an LGBTQ parenting blog