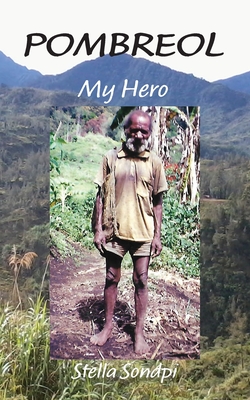 Life for the Southern Highlanders of Papua New Guinea was tough in the times before first contact with the outside world in the mid 20th century through patrols from the Australian colonial administration. Secluded from the rest of the world in their valleys, it was survival against the odds. Drought, famine, disease, crop failure, high mortality rates for women and children, and the ever present threat of attack from enemy tribes drove them to seek the help of ancestral spirits, usually through elaborate and secretive pig sacrifices.

Stella Sondpi passionately and graphically recounts the stories of life and love in the time before contact with the outside world, as told to her by her beloved grandfather, Pombreol. With brutal honesty the reality of tribal life is exposed as the reader journeys with Pombreol through the events of his life, becoming a warrior, husband and father, while negotiating the many other challenges to survival - the final challenge being how to respond to the first incursions of patrol officers onto their sacred grounds.

This narration of a true life story gives a wonderful insight into pre-contact tribal culture in Papua New Guinea from the viewpoint of the people themselves. As such it is not only a riveting read but a great anthropological resource.