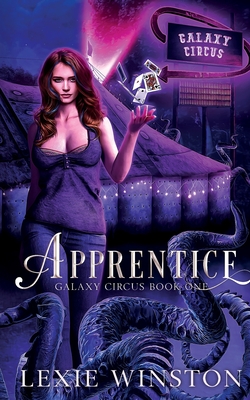 Lila is nobody special.

She didn't have a bad childhood despite growing up in foster homes, but there was just nothing particularly good about it either. With a boring job and only one close friend, you could say Lila is a little lost in her life.

Not to mention, her romantic life is basically nonexistent. In fact, her alien erotica and her BOB are the most actions she's seen in ages. Until now...

After she receives a surprise inheritance, Lila's life becomes out of this world. With the entire galaxy and a group of sexy alien men at the tips of her fingers, she's in for the ride of her life.

Apprentice is the first Galaxy Circus novel, a fast-burn RH series that contains some adults situations which may be triggering, such as dub-con.