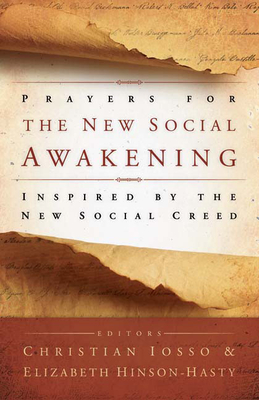 In honor of the one-hundredth anniversary of the 1908 Social Creed and the development of a Social Creed for the twenty-first century, Chris Iosso and Elizabeth Hinson-Hasty have compiled new prayers from well-known church and community leaders. This seminal volume includes the words from the new Social Creed and prayers reflecting social justice themes referenced in the creed, including poverty, economic justice, and care for the environment. Walter Brueggemann, John Buchanan, Tony Campolo, Katie Geneva Cannon, and Marian Wright Edelman are among contributors, making this an important resource for laity and congregational leaders in every denomination for the next century.