How To Draw Comics The Marvel Way (Paperback) 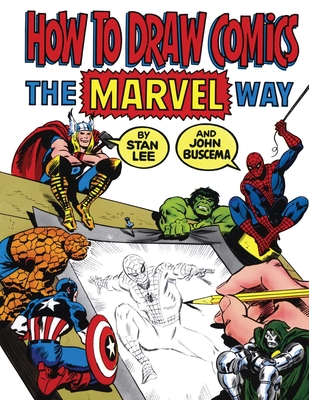 How To Draw Comics The Marvel Way (Paperback)


Available in Warehouse. Wait for Email Confirmation for ETA
Written by the iconic Stan Lee, How to Draw Comics the Marvel Way is a must-have book for Marvel fans and anyone looking to draw their first comic strip.

Stan Lee, the Mighty Man from Marvel, and John Buscema, active and adventuresome artist behind the Silver Surfer, Conan the Barbarian, the Mighty Thor and Spider-Man, have collaborated on this comics compendium: an encyclopedia of information for creating your own superhero comic strips. Using artwork from Marvel comics as primary examples, Buscema graphically illustrates the hitherto mysterious methods of comic art. Stan Lee’s pithy prose gives able assistance and advice to the apprentice artist. Bursting with Buscema’s magnificent illustrations and Lee’s laudable word-magic, How to Draw Comics the Marvel Way belongs in the library of everyone who has ever wanted to illustrate his or her own comic strip.
The legendary Stan Lee is the most recognized name in the history of comic books. He is the creator of such top superheroes as Spider Man, The Incredible Hulk, The Fantastic Four, Dr. Strange, The Savage She-Hulk, The Silver Surfer, The Avengers, The Invincible Iron Man, and The X Men. Publisher Emeritus of Marvel Comics, he lives in Los Angeles.