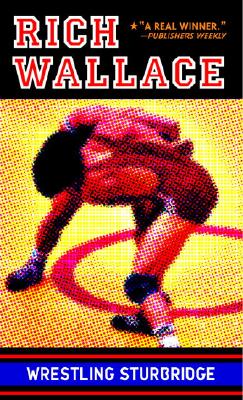 
This title is likely unavailable. Email or call for price and availability.
The critics' votes are in--Wrestling Sturbridge is a winner!  Now available in rack-sized paperback.
Rich Wallace lives in Wayne County, Pennsylvania. He has worked as a sportswriter and news editor, and is now the coordinating editor of Highlights for Children magazine. He coaches his sons' youth sports teams year-round, including soccer, basketball, and track and field.
"It's a riveting story...Wallace weighs his words carefully, making every one count in this excellent, understated first novel"--Booklist, starred review.

"There are only a few contemporary writers who can hit the mark with teenage boys, and Rich Wallace, with his first novel, seems likely to join that group...You don't need to know or like wrestling to become quickly engaged with this story."--Chicago Tribune

"The sports angle makes this a great "guy's" book, while the gripping narrative and feisty heroine will appeal to young women, too.  A real winner"--Publishers Weekly, starred review.