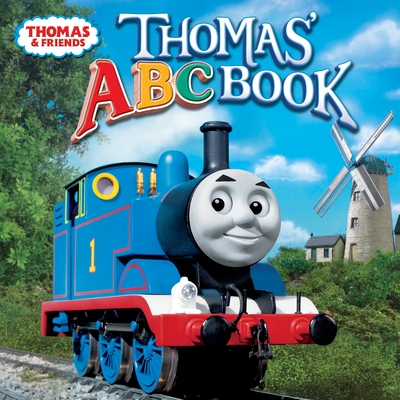 
Available in Warehouse. Wait for Email Confirmation for ETA
Based on The Railway Series by the REV. W. AWDRY
A is for All Aboard! Filled with fun photographs from the popular TV show, Shining Time Station, Thomas's ABC Book will delight children while teaching them the alphabet along the way.
In the early 1940s, a loving father crafted a small blue wooden engine for his son, Christopher. The stories that this father, Reverend W. Awdry, made up to accompany this wonderful toy were first published in 1945. He continued to create new adventures and characters until 1972, when he retired from writing. Reverend Awdry died in 1997 at the age of 85.