Down and Dirty Pictures: Miramax, Sundance, and the Rise of Independent Film (Paperback) 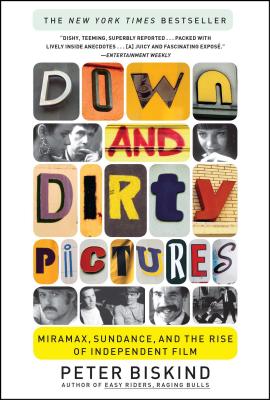 Down and Dirty Pictures: Miramax, Sundance, and the Rise of Independent Film (Paperback)

As he did in his acclaimed Easy Riders, Raging Bulls, Peter Biskind “takes on the movie industry of the 1990s and again gets the story” (The New York Times). Biskind charts in fascinating detail the meteoric rise of the controversial Harvey Weinstein, often described as the last mogul, who created an Oscar factory that became the envy of the studios, while leaving a trail of carnage in his wake. He follows Sundance as it grew from a regional film festival to the premier showcase of independent film, succeeding almost despite the mercurial Redford, whose visionary plans were nearly thwarted by his own quixotic personality.

Likewise, the directors who emerged from the independent movement, such as Quentin Tarantino, Steven Soderbergh, and David O. Russell, are now among the best-known directors in Hollywood. Not to mention the actors who emerged with them, like Matt Damon, Ben Affleck, Ethan Hawke, and Uma Thurman.

Candid, controversial, and “sensationally entertaining” (Los Angeles Times) Down and Dirty Pictures is a must-read for anyone interested in the film world.
Peter Biskind is the author of five previous books, including Easy Riders, Raging Bulls: How the Sex-Drugs-and-Rock ‘n’ Roll Generation Saved Hollywood. He is a contributor to Vanity Fair and was formerly the executive editor of Premiere magazine. He lives with his family in Columbia County, New York.
Entertainment Weekly Dishy, teeming, superbly reported...packed with lively inside anecdotes...[a] juicy and fascinating exposé.

Frank Rich, The New York Times In Down and Dirty Pictures, Biskind takes on the movie industry of the 1990s and again gets the story....Peter Biskind captures his era as John Dunne did that of the Zanucks.