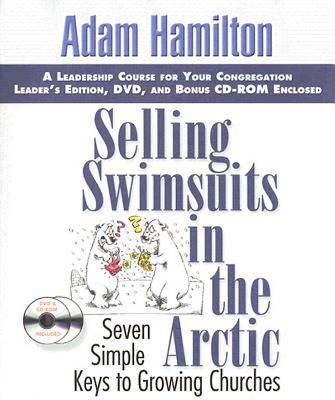 Pastors and ministry leaders will use this program with key leadership in the congregation to create the kind of motivation and excitement that can lead to measurable and sustained growth in ministry. The kit contains:

- Hardcover copy of the original text plus a new leader's guide to Selling Swimsuits in the Arctic. The current paperback version of the book will serve as the participants' book.

Adam Hamilton is pastor of the United Methodist Church of the Resurrection in Leawood, Kansas, one of the fastest growing, most highly visible churches in the country, The Church Report, named Hamilton's congregation the most influential mainline church in the country, and PBS's Religion and Ethics Newsweekly identified him as one of the top "Ten People to Watch." Hamilton is the author of Confronting the Controversies, Making Love Last a Lifetime, Unleashing the Word, Leading Beyond the Walls, Selling Swimsuits in the Arctic, and Christianity and World Religions, all published by Abingdon Press.