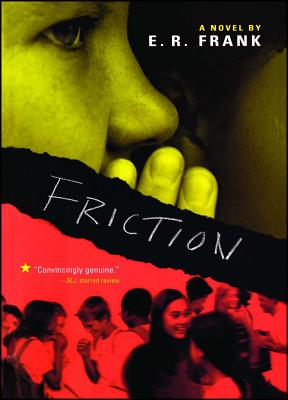 
Available in Warehouse. Wait for Email Confirmation for ETA
True or False:
Simon is one of the coolest teachers at
Forest Alternative: True
Simon and Alex are friends: True
Tim is jealous of Alex and Simon: False...
...until Stacy walks into class, flashing her tongue ring, swishing her hair, and spreading rumors -- dirty rumors, the kind that make you second guess who your real friends are, and their intentions. Rumors like Stacy's test and sometimes ruin friendships as strong as those among Tim, Alex, and Simon. Rumors are dangerous, but not always as dangerous or ugly as the truths from which they spring....
E.R. Frank is the author of America, Friction, Wrecked, and Dime. Her first novel, Life Is Funny, won the Teen People Book Club NEXT Award for YA Fiction and was also a top-ten ALA 2001 Quick Pick. In addition to being writer, E.R. Frank is also a clinical social worker and psychotherapist. She works with adults and adolescents and specializes in trauma.
Booklist, starred review Gripping...unsettling.