War at a Distance: Romanticism and the Making of Modern Wartime (Paperback) 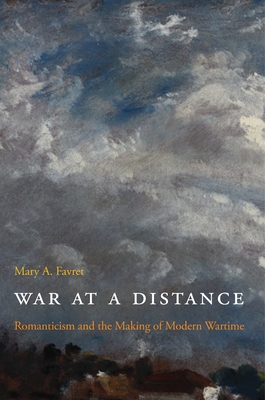 War at a Distance: Romanticism and the Making of Modern Wartime (Paperback)

What does it mean to live during wartime away from the battle zone? What is it like for citizens to go about daily routines while their country sends soldiers to kill and be killed across the globe? Timely and thought-provoking, War at a Distance considers how those left on the home front register wars and wartime in their everyday lives, particularly when military conflict remains removed from immediate perception, available only through media forms. Looking back over two centuries, Mary Favret locates the origins of modern wartime in the Napoleonic era and describes how global military operations affected the British populace, as the nation's army and navy waged battles far from home for decades. She reveals that the literature and art produced in Britain during the late eighteenth and early nineteenth centuries obsessively cultivated means for feeling as much as understanding such wars, and established forms still relevant today.

Favret examines wartime literature and art as varied as meditations on the Iliad, the history of meteorology, landscape painting in India, and popular poetry in newspapers and periodicals; she locates the embedded sense of war and dislocation in works ranging from Austen, Coleridge, and Wordsworth to Woolf, Stevens, and Sebald; and she contemplates how literature provides the public with methods for responding to violent calamities happening elsewhere. Bringing to light Romanticism's legacy in reflections on modern warfare, this book shows that war's absent presence affects home in deep and irrevocable ways.
Mary A. Favret is associate professor of English at Indiana University. She is the author of Romantic Correspondence: Women, Politics and the Fiction of Letters.