Dostoevsky: A Writer in His Time (Paperback) 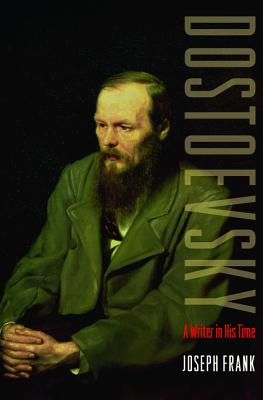 Dostoevsky: A Writer in His Time (Paperback)

Joseph Frank's award-winning, five-volume Dostoevsky is widely recognized as the best biography of the writer in any language--and one of the greatest literary biographies of the past half-century. Now Frank's monumental, 2,500-page work has been skillfully abridged and condensed in this single, highly readable volume with a new preface by the author. Carefully preserving the original work's acclaimed narrative style and combination of biography, intellectual history, and literary criticism, Dostoevsky: A Writer in His Time illuminates the writer's works--from his first novel Poor Folk to Crime and Punishment and The Brothers Karamazov--by setting them in their personal, historical, and above all ideological context. More than a biography in the usual sense, this is a cultural history of nineteenth-century Russia, providing both a rich picture of the world in which Dostoevsky lived and a major reinterpretation of his life and work.
Joseph Frank is professor emeritus of Slavic and comparative literature at Stanford and Princeton. The five volumes of his Dostoevsky biography, published between 1976 and 2002, won a National Book Critics Circle Award, a Los Angeles Times book prize, two James Russell Lowell Prizes, two Christian Gauss Awards, and other honors. In 2008, the American Association for the Advancement of Slavic Studies awarded Frank its highest honor.